It’s a simple fact: The automotive industry and the world of auto repair have long been dominated by men — but that doesn’t mean women haven’t played a significant role. Unfortunately, their stories are rarely told so it’s hard to understand how important they have been throughout the decades. To celebrate Women’s History Month, we take a look at a few who have had an impact. 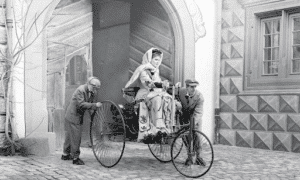 Recognize Bertha’s last name? That’s right, she was the wife and business partner of automobile pioneer Karl Benz — German engineer, inventor, and credited as the creator of what’s dubbed as “the first practical motorcar”.

When they got married in 1872, he used her dowry as financial support to build his first horseless carriage in 1855. Bertha tested these prototypes and her help led to the additions of wire insulation and the invention of leather brake pads. She also financed the development of the Motorwagen, but the laws at the time prevented her from holding the patent or credit of inventor as a married woman.

In 1888, Bertha embarked on the first cross-country automobile journey in a Motorwagen Model III for a trip that lasted about 66 miles. She wanted to prove to her husband (and the world) that she had contributed to a lifechanging invention and helped create financial success. Bertha, for all intents and purposes, also started the practice of test drives within the automotive industry. In 2008, the Bertha Benz Memorial Route was established to mark and celebrate her journey. 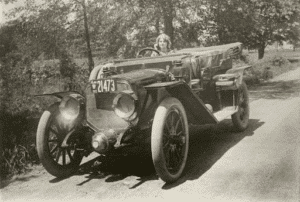 With a name like that, it’s only natural that Florence was destined to become an actress known as “The First Movie Star.” While she became famous for appearing in over 300 movies throughout her lifetime, her enthusiasm for the automotive industry was less renowned.

Florence had become increasingly frustrated with not knowing what direction the driver ahead of her was planning to turn, and had witnessed too many traffic accidents not to take action. She created what she named “auto-signaling arms” which used flags on either side of the automobile that could be raised and lowered at the push of a button. This feature evolved into the turn signal, which eventually became mandatory on modern vehicles.

She then went on to invent a sign for the back of the car that had the word “STOP” painted on it, which warned automobiles when the driver in front of them was slowing down. The sign was triggered by the brake pedal and evolved into what is now the brake light. Florence never patented these inventions and withdrew from public life before passing away tragically in 1938. 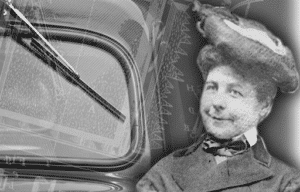 Mary was an Alabama native who, at 23, began her career as a real estate developer by building an apartment complex in Birmingham before moving to California to start a cattle ranch and vineyard. She eventually returned to Alabama and lived out her life in the same apartment complex she built years earlier.

However, it was a trip to New York City in 1903 that cemented her position in the International Inventors Hall of Fame. Mary noticed that the driver of the streetcar she was in had a hard time keeping snow and ice off the front windshield. She began her sketches right there and then for a wiper device that would be able to clean the outside, but be operated from the inside of the car.

Eventually, Mary came up with a prototype that worked, made of wood and rubber and attached to a lever near the steering wheel of the vehicle. When the lever was pulled, the wipers moved back and forth to wipe away snow, rain, and sleet, and they could be removed and stored during the summertime. Mary patented her invention but it was largely ignored by the automotive industry and expired; however, Cadillac was the first manufacturer to adopt the design as standard equipment.

There’s not enough room in this blog post to tell the stories of the many, many women who helped shape the automotive industry, but these three help highlight their significant contributions. Here at Axleboy, we’re doing our part to highlight how women shaped the past — and will impact the future of the industry as well. That’s why we started AxleGirl, an all-women, hands-on training day that allows women to ask questions about their Jeeps and organize rides together.

This program gives ladies the opportunity to become comfortable with their Jeeps. If you want to participate in AxleGirl, get in touch with our team!